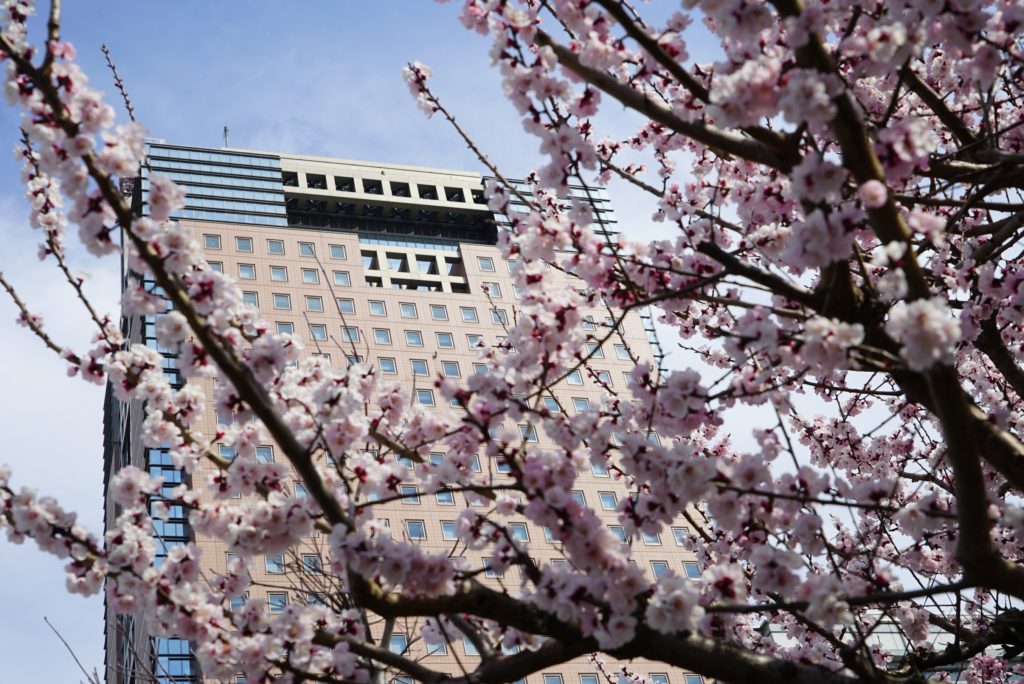 People live there, there is always culture. People are living, I definitely moved.
This time, I went around various northern Kanto regions in business, so the songs I wrote have been overpowered! Each prefecture had a wonderful one.
At last, the exhibition in Nezu is over! Thank you very much for coming!

When becoming a transcendental busy person, I will stop blogging. Indeed, when it comes to rice work, it will be hard to get to the life work … …! It is! It is! But that is an excuse! If you really want to do it, do it! It may be because it is not a life work in the beginning to make a rice work out as an excuse for the weakness of will.

I will write about this exhibit in the next entry, so let’s introduce the songs I recently wrote in each prefecture!

For everyone
Drinking water
Ore

In Saitama
Specialty goods
For example

As I was going out a lot, I thought that I would like to eat special products that are only in that place, I want to eat pork bone as something, I lose that desire,

There is a mole on the face and a sexy actress who has a reptile-like face, you know! It was such a cat!

Maebashi’s
The foreground is new
Maebashi and

I got off at Takasaki Station, Shimaebashi station just before Maebashi station. Is it a relationship like Osaka and Shin Osaka? The object of the station and the poem of Sakutaro Hagiwara were impressive.

Tatchan also
Convincing
It is a view

It is a view from the pedestrian bridge as soon as I got off Shinmaebashi Station. The Gunma prefectural office will be visible in the distance. It is a wonderful building!

What is Sound?
Well listen.
Hello.

I often hear the word “Sound”, but I saw the word “Hareto” as the name of the building for the first time. Does a lot of insects (insects, mosquitoes, etc.) come in early spring and summer? Lol

Walk on the smartphone, let’s be careful. Chari is a weapon. Let’s drive with that awareness. One house will collapse with your mistake.

Gunma prefecture prefectural office. The brave appearance seen across the river was spectacular.

Pure
To the sound of flow
Flowers dancing

Cherry blossoms were blooming when I looked at the sea. It was soooo cool and I was about to be late.

Gunma Prefecture
On the river
That’s it

Gunma prefecture does not matter, I hear so. However! This poop was in Gumma prefecture! It was in Maebashi. You will not remove it there.

I tried a transcendental poem.

Behind the Gunma prefectural government, a hidden power spot! Is it? I discovered.

In the spring breeze
Dust does not shake
It is a government office building.

The Gunma prefectural prefectural office, Beauty っ て, it did not do it even if a strong spring first turn blows.

Superians
Even for outside people
Be kind
Bad rebellion
Mr. Park

Everyone you know belongs to Gunma prefecture, you will like Gumma Prefecture and move on to the next place. According to what I heard, Gunma prefecture people seem to be friendly to outside people.

Great politicians of Gunma prefecture. Everyone is a Renaissance man who is deeply conscious of poetry and writing as well as politics. Dr. Fukuda, Professor Obuchi etc, it is a politician who is unlikely to remain in the impression visually, but I reconsidered the fact that it is those who have made persistent “” ordinarily with a strong and strong will. And it was up to me to feel empathy very much that both legends had Chinese culture as well as me.

I was expecting because Maebashi castle toes were majestic in Google earth, but I only had a white stick and explanation board. But! I imagined the history of Maebashi Castle and I was doing a good job of sitting on a chair.

Take this
A hometown’s mother
I saw a face.

Take a toki
I cured a cold
Hexagen

I am at the Joetsu Shinkansen terminal. However, it is Tohoku Shinkansen ride. I also had a cold, I wanted to eat the hometown, my mother ‘s cup of Niigata. I wonder whether this feeling became minded.

Only the voice was echoing in the sky.

When I found a cool object at Maebashi Park and approached it, it was a memorial monument of the war dead. If they were alive at this time of the day, they would have taken an image of Maebashi Park where the famous family played at the drone.

Water flow
I will not work
Around the country

Even if I do not work alone, the country will go around. The country turns because I work alone. History is such a thing.

Purely
Beyond application
Relationship
Spinning in art
Bonding with people

Relational art ahead of pure art and applied art. Through that activity I would like to build a connection between people and people, and to notice the creativity that I am sleeping inside!

Chiba no Kaze
Umineko together
Collecting

Cooperative
I see it as a manager
Fleas and shame

Yuri-chan, good luck! The escape shame, it was very interesting. It was perfect for seeing while eating rice!

Speaking of specialties in Takasaki, class B gourmet can be mentioned, but as I was looking for, I got lost in the labyrinth, and when I realized I came to the super famous Russian restaurant in Takasaki Park. The women caught in the atmosphere from behind with a behavior like a former stage actress. It was said that the dishes were delicious and safer and safer materials were used. Well, I ate Russian cuisine for the first time in a long time, but both Piroshiki and Borschti were very delicious! It is!

Government and
I do not know anyone
Thankfully

We are in Takasaki Park, Gojong shrine. I examined Government in the car on the way home, it was a warlord who named himself in the late Heian period, the abduction of the Nue in the Imperial Palace, and the warrant of Kimoto and Heiji. Each land has its own history. When I try it, there may not be a place without history in this world.

Kanzo Uchimura wrote that the Shimojin people were “deceived by the ignorant nature of Shingzhou Ignorance is easy to be deceived, honest with honesty and touching everyone to succeed God and win.” Indeed, it is a splendid inscription to describe the prestigious.

Siberian detention is a frequently asked story, but about half a century ago there were many Russian prisoners of war in Japan too. And without going back to my hometown, there were prisoners of Russian soldiers who died in the land of Japan. If you do not know it is one page of history that will become a divide whether you can have a viewpoint of relative to make a big difference.

Walking eating 100 yen of the manju, time is pastoral and pastoral time flows. No plan, how wonderful! The manju is a famous shop in the post office near the station.

Home returning
Blooming at feet
It may be two wheels.

It is such a small guy looking at living with such small happiness.

The near future was in Chiba. It was full of mechanic feeling than Tokyo.

There was not Chiba Shinichi at Chiba Shrine. Sorry.

If you drink this
Overflowing riches
Alinamin

Spirit Arianamine was overflowing like a fountain from the fountain of the restful Chiba Shrine.

With tradition
Looking at innovation
In harmony?

It is not always fun by just tradition. I myself am a super classicist, but once in a while, I also hope that art that opens the frontier is not included in the city!

Fish caught by the owner in the morning line up. It is the strongest cosplay studio in Cospa. Somewhere is a secret.

That day
Sunset
Rising sun?
Imperial Palace Running
I think that it is a foreign-owned company

The high awareness system running through the Imperial Palace was also deeply shaped by Terayama Shuji.

On mosquito pill
Kamikaze dances
Is it the Imperial Palace?

The mosquitoes playing here also feel high conscious like me.

I feel like I am sorry for Harusaka, Kasumigaseki, Parliament House, the Imperial Palace, and the country. A toast to cherry blossoms.

With a swelling
The brush grows
After work

I say that there is tempura of the paintbrush. I’d like to eat with the Japanese spinach in spring season.

I do not know a name
White and cute
Flower bloomed

I may not be plum, but I heard it smallly.

In a world of beer and cigarette and a little homeless smell.

It seems that he is a transcendental person for the first time in a while, so I tried to do something of Jack Bower for a while. When speaking to the automatic translator, the above answer came back with Japanese stick reading.

Upright
National maximum
Is it welfare?

The nation’s largest welfare is national defense. It is my specialty in international politics and it is a division tea ceremony where tea boils past the common sense. Founder of the modern welfare corps, in front of Omura Masujiro Marseiies and the Stars and Banners, my parents who sings eternity, Peech of myself, Watanami five people

It is a super-famous shop of Akihabara roast beef bowl. There are domestic products and Australian products, but it is recommended because domestic producers have no smell and are soft. If you want to taste even more fresh feeling, Australia would be better. Do not raise tension and spill soup. Lol

Contemporary art The highest peak sculpture can be purchased at low price. I take the vaginal form of an actress, from which the sculpture works of silicon are made. I got a glimpse of the fusion of technology and wisdom.

Through the eyes from overseas, I know the good points of Japan. Of course, the opposite is true. It is literacy that you can see things from the perspective of others.

The liberation of sex, that is, human liberation! It is exactly the Renaissance.

The wishes put in the cock. The old child mortality rate is totally odd. Even the royal family of the super-rich rich Habsburg family a long time ago, there were only two adults who had 10 adults. Of course I am a male-female boy and politically a liberal femme, so I am opposed to the opposite of the opposition against sexual harassment, but if I change my perspective sexual harassment is one luxury.

The seller of beer selling, it is fucking gizzard. . . I have already drunk 3 more beers – lol
Hiroo’s group, Thank you for inviting me today!

Children
Without muscle training
Quickly
Thanks to Hickson
Irrational nature

When I look at a child type Sayer, I feel like something like a grief of a gymnast who did not grow taller than Miyagi Ryota because I trained too much from childhood. I guess it is a selfish thought

I love these marginal arts ❤

Even elementary school and junior high school continue to be lazy to be late for junior wearing a junior wearing a small child, recently the benefit came to come back as the Tokyo Dome S seat ticket. Really mercy is not for people! It is a black crow, but a black crane gives back.

I do not do anything and I am lying tomorrow day by listening to the wind bells of early summer and the wind.