English ver.
It is exhibited in Ome city with historical vantage!

We are exhibiting from today to the end of January with Ome Omura’s tea ceremony with Professor Yamamura who is facing wide in the political and business world of Japan and the world. It is a collaboration between Professor Yamamura ‘s pencil drawing and my contemporary art. It is a great honor to have a friendship appearance frame.

Ome city … the city of the western part of Tokyo. 1951 municipal system. It crosses the Kanto Mountains and the Musashino daimo area, and the Tamagawa River flows eastward through the middle. The central city is developed as a lodging town of Ome road on the Tamaguchi village of the Tama River, and the Ome Line passes. Cotton fabrics are flourishing for a long time, known as Ome Stripe, Blue Ome Soup and brought a lot of night clothing until the end of the Second World War. Forestry is thriving in the mountains. In the eastern part of the city area industrial parks were established in the Showa 40s, advancement of high technology related industries and relocation of existing factories in urban areas are under way. (From Wikipedia “Ome City”)

Please come when you are nearest.

Anyway, the specialty here is that lunch changes every week. Since the lunch is always the same for one week, the local people are sure to visit here once a week. Today I also enjoyed lunch here. Well, it is a surprise surprise box! It is! It is!

Omrice of lunch was well, it was superb! Especially cream and demiglace sauce are exquisite. I am also good at omelette king! It is! It is! I was groaned as ☆ ☆ ☆ ☆ ☆. Will it be a bowl of other carrots and raisins as well, this was also very delicious sauce.

The dessert is here, the yuzu ice which I eat in the street is about 1: 9 ratio of citrus and sugar and water, but Yuzu is condensed in about 9: 1 Yuzu ice of Fukinoeto. It is really nice Western food store! It is a store rank in which I want to go by absolute death.

It is an exhibition scenery. I am exhibiting contemporary paintings using flowers.

The title is “Laden Shadow (Mother)” on the left and “White Sun” on the right.

Both the name and the fact, they both debut artists with this aircraft. Professor Yamamura was drawing a picture when I was young, but I was sealed to paint a picture. In the past few years the memory of the past has revived and rapidly pioneering a new ground which added the experience of my life. Human beings are totally lifelong, studying for the rest of their life, life in youth.

I forgot to take pictures of my work. There was something that was reflected in a bit, so I will raise it.

There are various other works of art such as pressed flower art in other places. We are waiting for the words of severe criticism ♪ ___ ___ ___ ___ 0

Pressed flow art that imagined the root year, the eyes are cute. It is an idyllic and healed.

There were many signboard arts on the way. There was also an arch of 20 films selected by Fujio Akatsuka.

I also invited you to Yuhana Fujimi ‘s concert. Masaru Sanada ‘s ninja also appeared, and the venue was laughed with laughter. There were laughs from famous places such as Champlin ‘s Limelight and sharks of Piazzolla to minor good songs, and it was a concert full of emotions with tears.

It was a concert at a long-established Japanese sweet shop, Mr. Makoto. The sweet sake that I drank during the break was delicious. Because it was said that dorayaki is very delicious, I will eat it when I come to Ome next time.

Behind it is the fabric. Ome City has long been a popular textile industry. As with traditional crafts nationwide there is a necessity for preservation movement.

I enjoyed delicious Tenazaru. Thanks for the meal!

I went through Yokota Base. I was made to feel the power of the US military closer. There is an extraterritorial law over the fence. I talked about various things such as Japan · America · diplomacy · defense · economy etc in the car and it was a very learning day.

Culture You! Oh, the world is really beautiful
Ken chan dumpling
Oh! That’s a pretty good article! Those who seemed to be shopping at Amazon ♪

To those who want to remodel my brain like mini 4WD 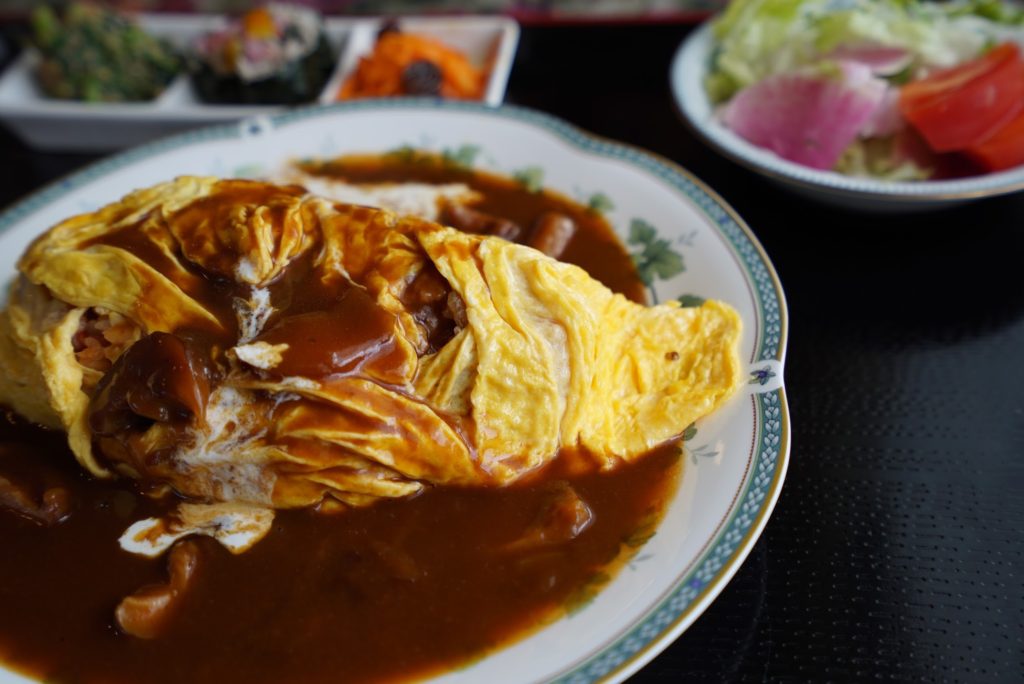 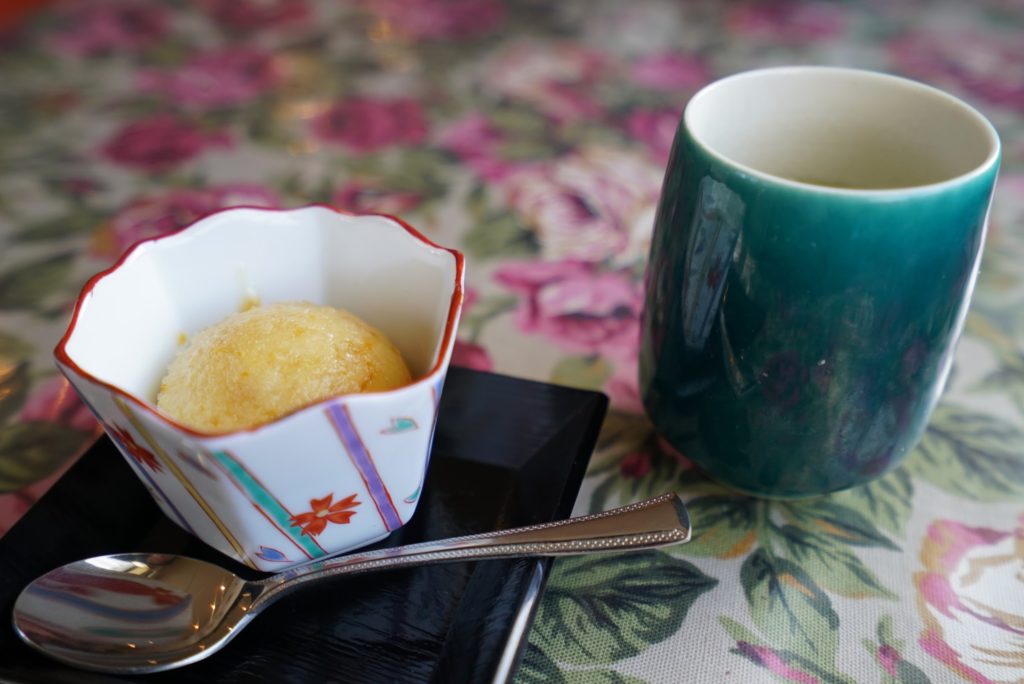 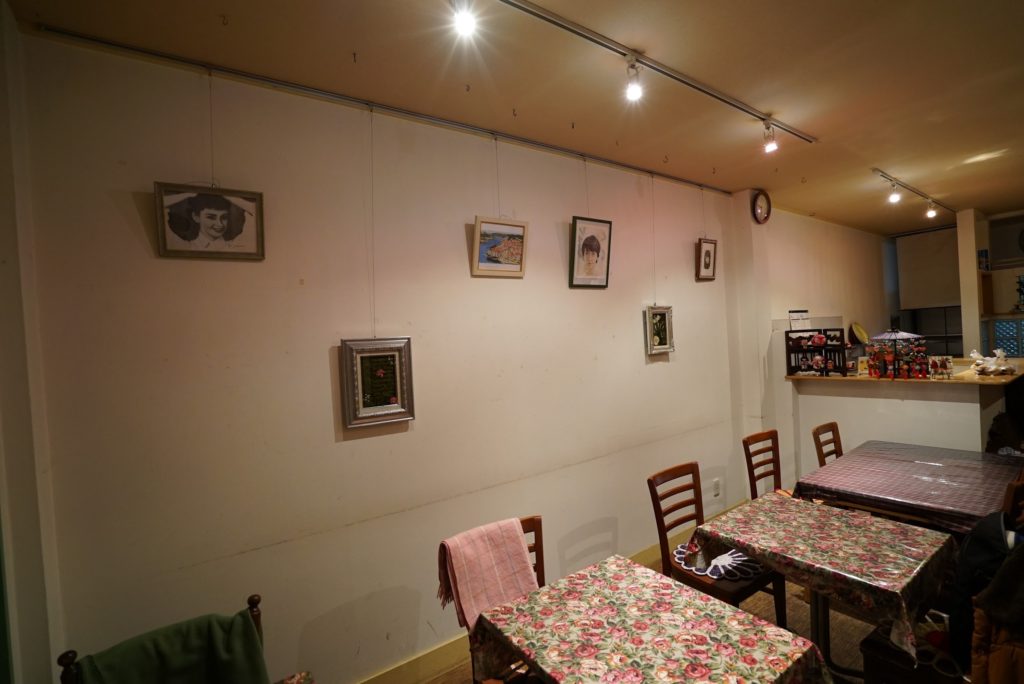 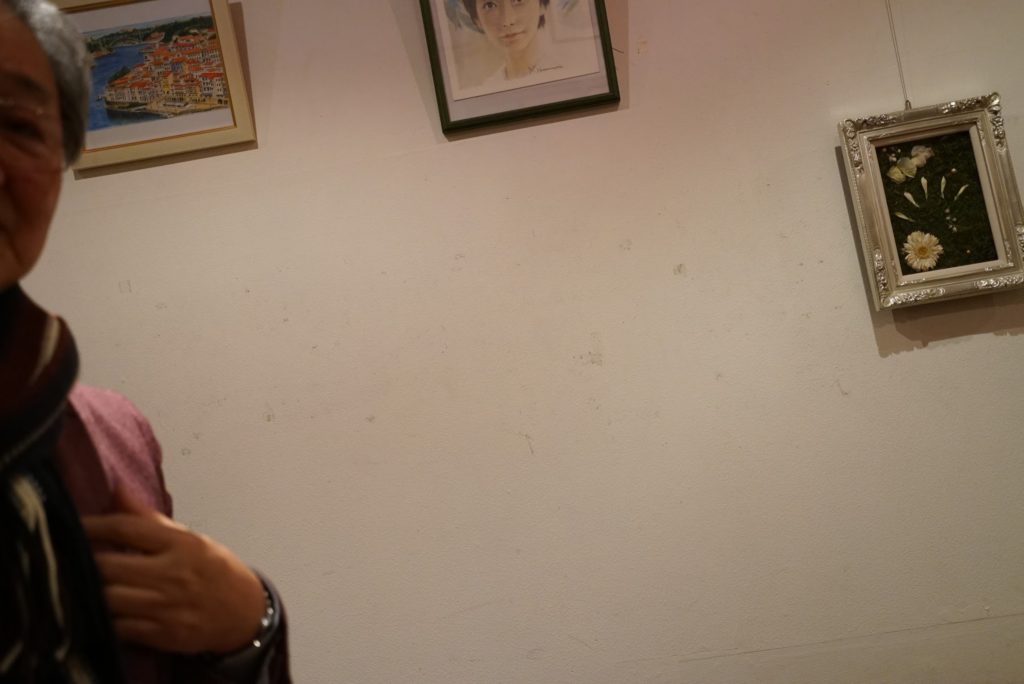 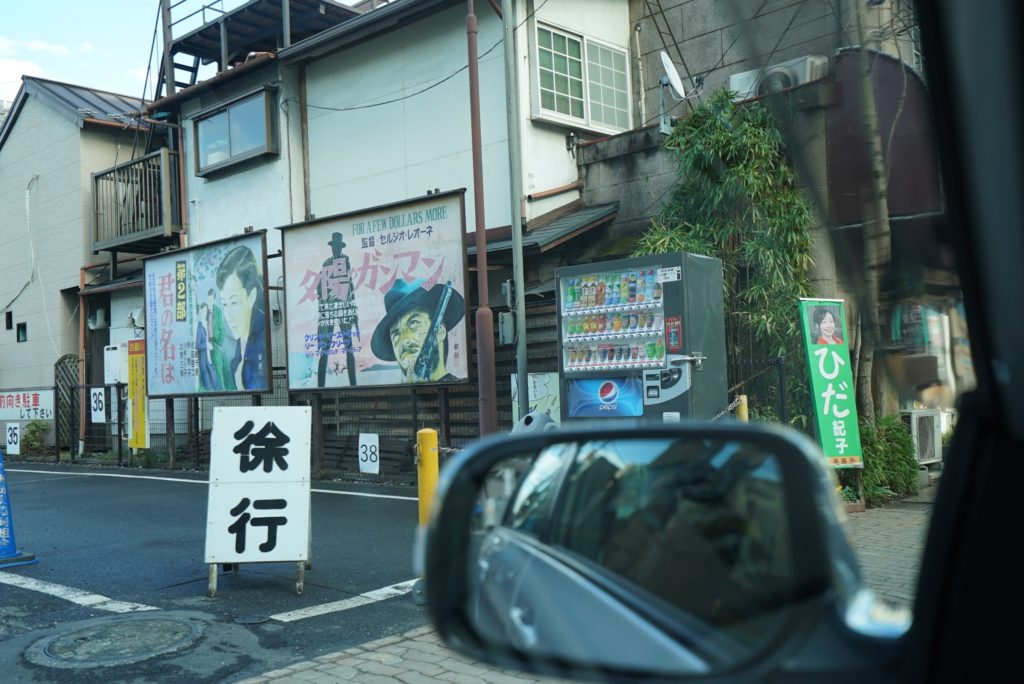 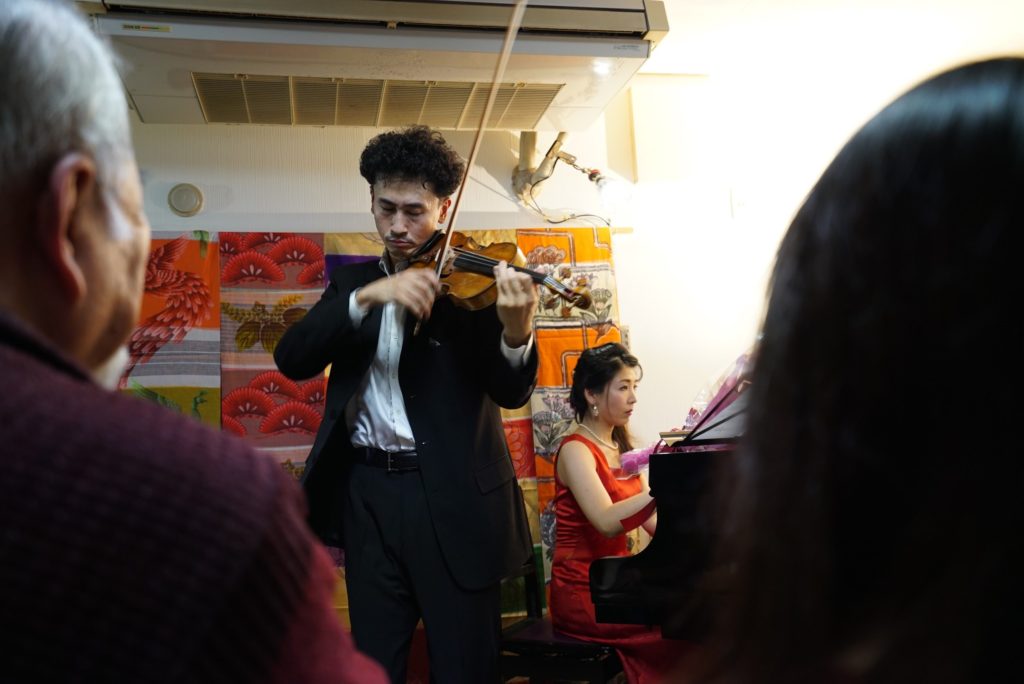 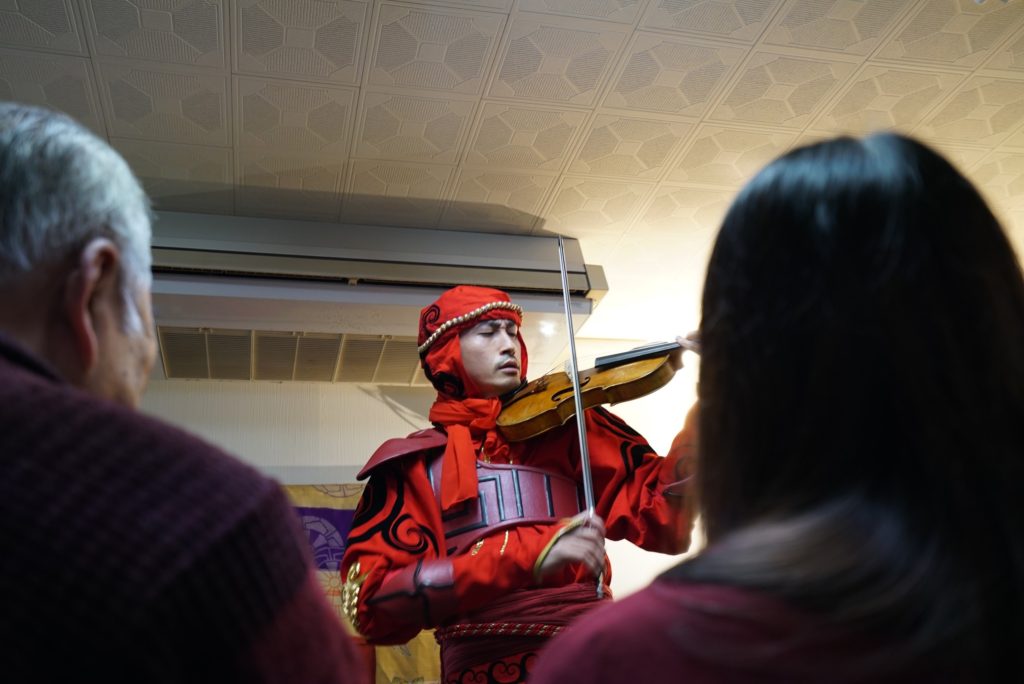 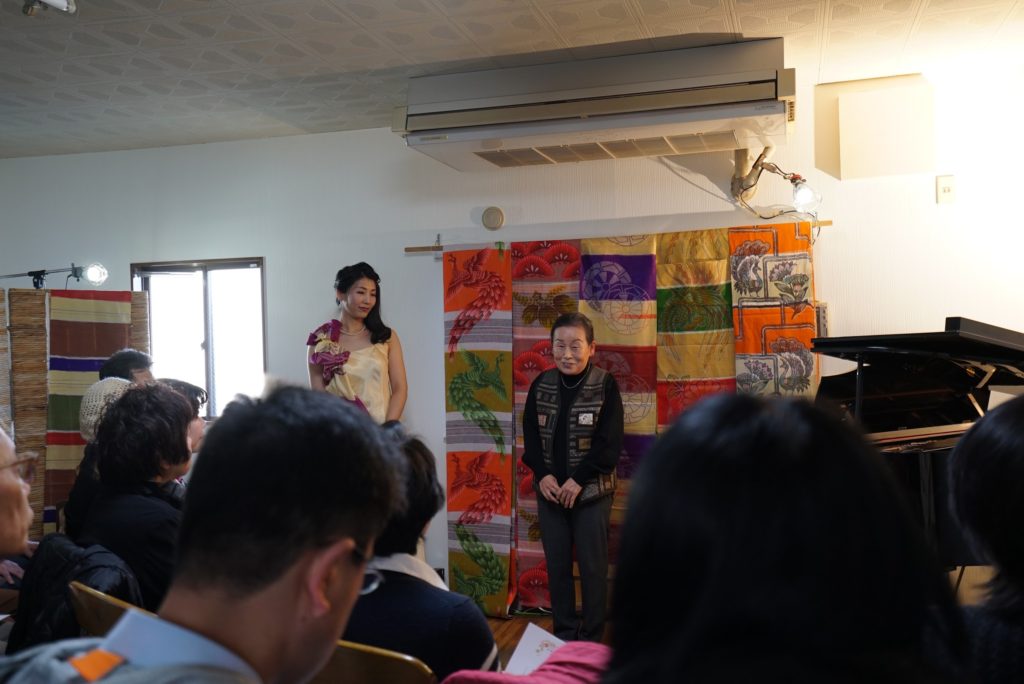 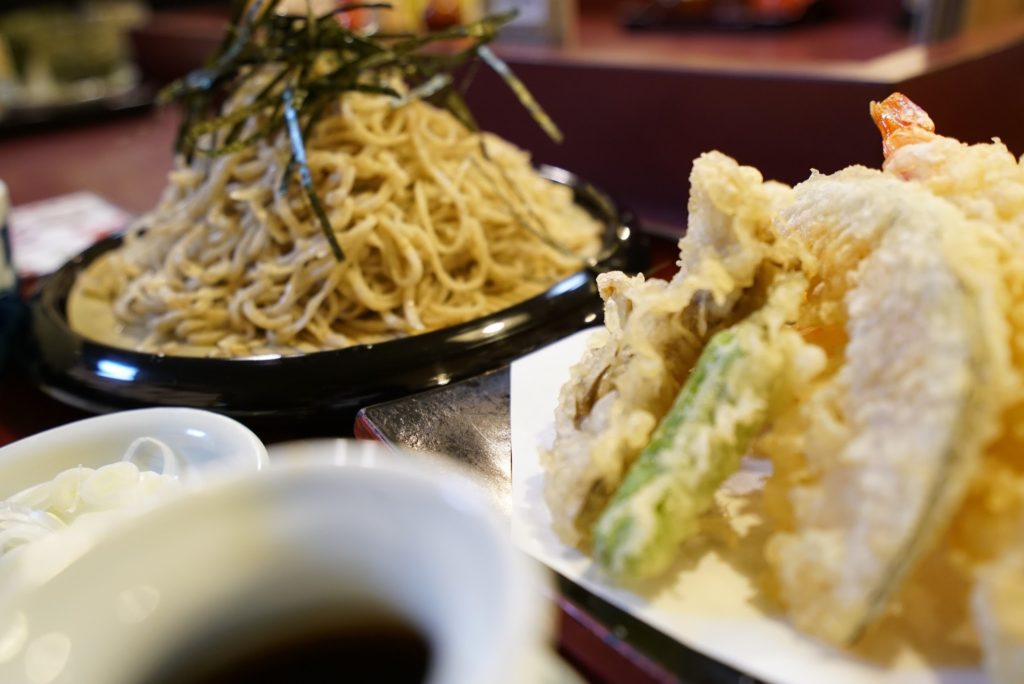 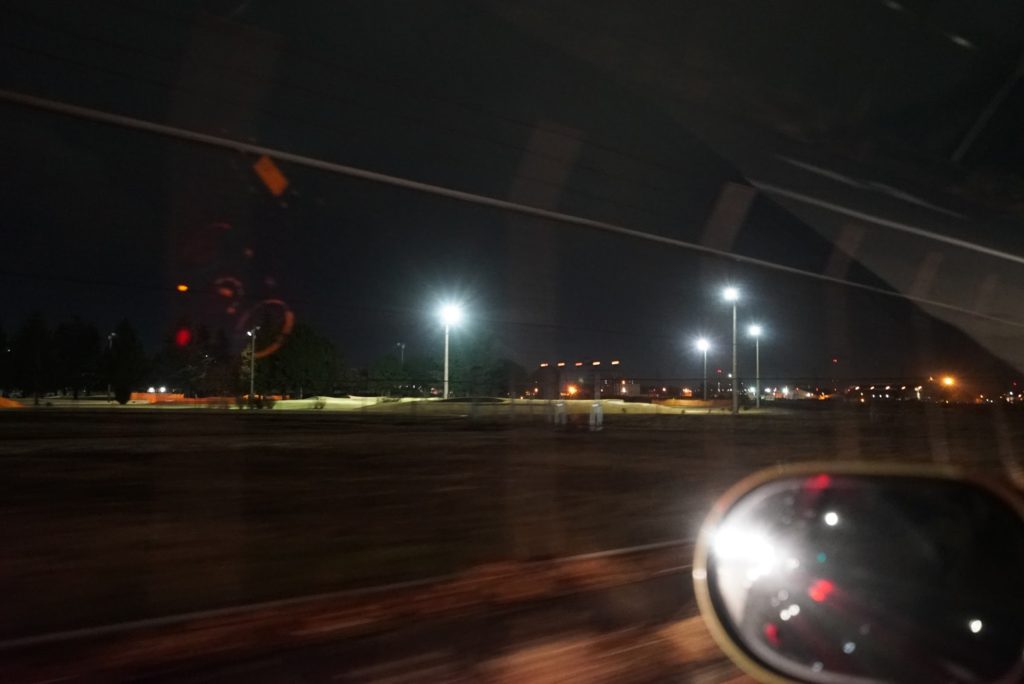