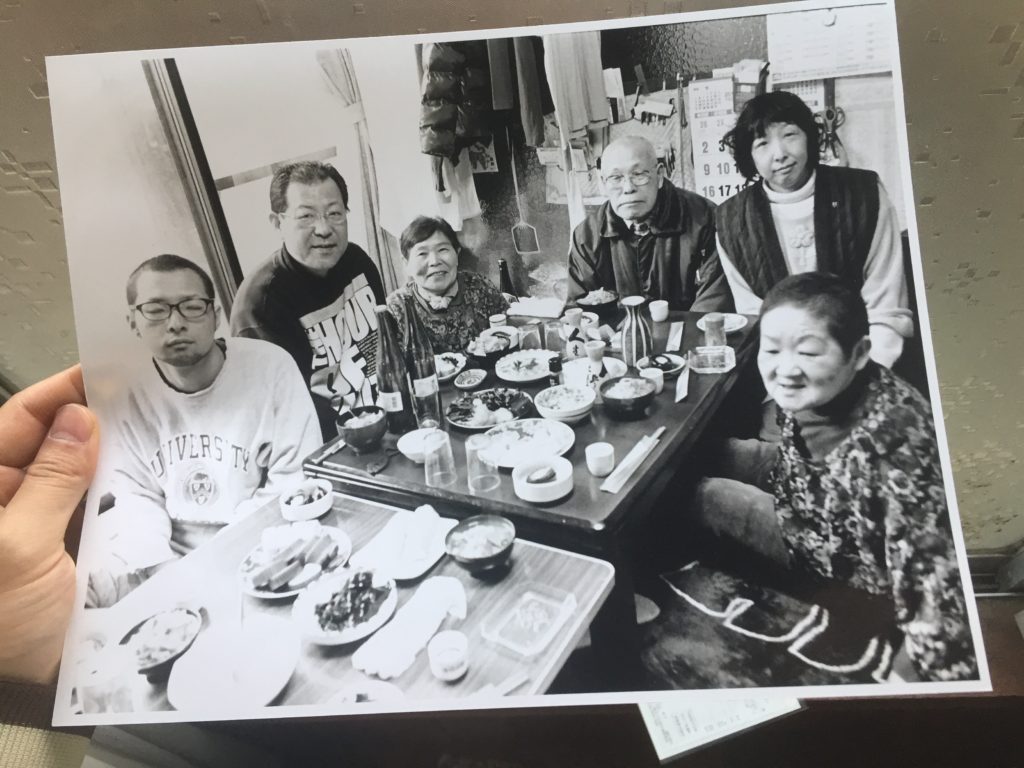 He was dead. It’s been two months since I died.

I went back to Bon Festival and New Year Holidays once or twice a year. When I was undergraduate in university, I could not go to university as a university, so there were years such as returning only New Year in year or not going home. However, when it comes to the second half of the undergraduate, it may be the last time that we can meet this each New Year, every Bon Festival etc. I decided to go back to Obon and New Year.

Since then, in order to meet the grandfather and the grandfather, I was not limited to just, but I could tell the same to the okan and my father, so I decided to meet “with you” when I was able to meet. Since then, for some reason, it is sometimes forgotten sometimes, but I try to “fit” together. If you think that person is tomorrow, people can be kind to others. Even if he dies tomorrow, if you can not be kind, I really dislike it, because I do not like it, it is peace of mind to bye by.

Well, I will raise the song that I read when Vana died.

There are a lot of things that we can not talk yet, but if you do not release the poetry that accumulates, I feel sorry and I can not move forward, so I will raise it.

Then, please have a look. A song that I read when my animal died.

At the moment, the recent funeral home is in full swing and it is as good as Ritz-Carlton! Ark Bell Sakuragi Ceremony Hall staff members’ worries Thanks Maji! Recommended for equipment and superiority!

With marriage
Have a funeral
People’s pressure

The pressure of the number of people and the energy of the festival at the crown funerary party are serious and Pana.

It is a mascot doll of Ponzakan in Niigata. I express well for the Niigata drinking salaried workers. It is a typical case study of representational culture theory. By the way my father was a drunk in the lower person and it was a memorable experience discovered while immersing her half in the dub. After that, it is memorable memories that recently the entrance into a scar was scratched by a cat the day before that was getting into a bang.

A phone calling from a miserable day of mourning, from which you are deeply sick. Can I use the word that my family died? Is it correct? Is not it correct that you are dead? I remember having thought about the problem of the national language for the first time. Was it unexpectedly not wanting to admit reality, or wanted to calm down, or it seemed that it was calmly wiser anyway. I got a news on Thursday, but I still had a job, so I did my job on Friday, and on Saturday afternoon I went home for homecoming, waking day and a farewell pack. When I returned to my home hometown Niigata, I usually sleep in a room of Buddhist altar and Shinto rack. As usual, I carried out a monika of the greengrocer, entered from the entrance, and stroked the face of a girl as usual. It reminded me of my cheeks in winter as well as being cold. On the day when I heard the news, there was not any sadness at all, due to the lack of imagination, Kusonaita was in the Shinkansen, the moment when I saw the snow.

Also the Shinto shrine
A piece of white cloth
Amitabha

I think that there are so many families with Buddhist altars and Shinto trellis in the same room. When a person dies, there is a corresponding response to the Shinto shelf ne. In the Ronin era, the first thing happened in the morning when I first got up in the morning was the first water, so this rhythm was somewhat crazy at this homecoming, I felt something strange because I could not raise water. Recently, it seems that there is no place to put a white cloth on the face of the body. If you are already in a coffin, there are many such cases.

Without noticing
Cultural shower
I was in the bath.

Culture stands out clearly at the time of the festival. Following an unconscious voice is exactly the culture itself. I felt like I saw the sophistication and flirtingness of Japanese art that I do not usually look at.

To be withered
Sari-sama’s former
Flowering

There was once a flowering time in Mr. Vaata who died and turned into ashes. There is a time when every human being surely shone, it is good that you associate at that time as soon as possible.

A deep wormwood can not understand in the classroom class of high school, how much it is painful for how difficult it is to be a mansion of Maisugi Shika. Even if the garden roughs apart, it is not casually? W Therefore, I was able to read Genji with empathy from the bottom of my heart. However, when I became a cover of a magazine, the meaning came to be a sharp grin. And, here you know suddenly by sudden death, old man, old man, grandfather, oyaji, cuckoo. The old man was shamefully aware that the garden was no longer in good condition. Oh, it is this thing with a mind of spirit, that time beyond 15 years, I felt like I brought it to Genji.

Desolated
It melts in the garden
Relic snow

There are many sights in the desolated garden. It is the same as not seeing the moon only.

Red rust and
I will not use it again.
Tsuru year

Rust is found on unused tools. There will be only one scissors actually used. The remaining scissors will not be used, and the date of 1000 years will pass.

Fighter
That day I aimed for
Mak (Sukiya, seat cotton, etc. …) At that time I was shocked by the guillotine choke of Yasuda Tadao and aiming for a fighter. Punching machines with a wish of persuading my father and finally getting up. Every day I put heavy water while imagining the face I want to beat. Today, while doing part – time job of Mac, I make a living while dodging the manager ‘s jab that pressures pressure. Items of Mac can be accommodated flexibly and other crowded items such as plows and cotton.

Even after I decided to enroll a miracle at Niigata East Industrial High School which was said to be a heavy smoker who was a heavy smoker from a junior high school, it was said that it was a school of crow, I have not lost love for Yani. It seems that the recent goal is to die earlier than Okan. More than that, I think that it would be better if you corrected the inside of Al quickly and helped with nursing care.

There is no particular meaning, but I do not care. I thought that the metal fittings that had fallen on the roadside were spiritual messages, I brought them home and came back and I got more characters. Yes, it is the usual flow.

Friend
Standing in front of the grave
Tears

It is remembered the level of life that pilgrim life and pension life have brought up. I think that cheap curds to eat with a couple in a pension living pleasantly had the best happy taste. I have such a career that I have eaten super deep-fried food for six years in the ronin era. The ultimate of food is not what you eat, but who you eat with.

In Tsukari
The size of blue and
Withered tomato

It is a scene I found on my way home. For some reason, if it feels painful, you can take pictures that are painful.

Pile up
With gold married can
A couple

My grandfather and grandmother were married and had a goldfriend for 50 years. You will receive celebratory words from the mayor and the prefectural governor as soon as the golden ceremony is held. Even so, both letters are bad, but it is wonderful because it has a taste in reverse. It remained a couple who loves mackerel ‘s canned food even after 50 years.

I will go home.
Before the nameplate
Funeral board

I heard that you are dead, but it was beyond the scope of the assumption that there was no funeral bulletin board in front of the house. Indeed, I felt I got a hint that I can deeply understand the work of surrealism, and a living hint (Hiroyuki Itsuki) that it is a tremendously surreal when I am in front of a house, this is a sense of surrealism, seriously.

To death
An indispensable staff
Walker

At first, I did not know what is in the cloud sea. Well looking carefully it was a handcart which my grandmother used all the time. Although it died and it became freely from the body, the consideration of being able to walk the leftover bereaved is also visible and hidden, and a small smoothed smile was spilled in sorrow.

Thank you
Only 5 letters
Whole universe

Among the words of only five letters, thanks, the huge 1/1 second that has been spent with you has already been condensed. Hello, Always thank you.

Gradually
The adjective
How to use

For the most part, I have not had much use of the word, but I think that I could use it well today. While standing with one pot 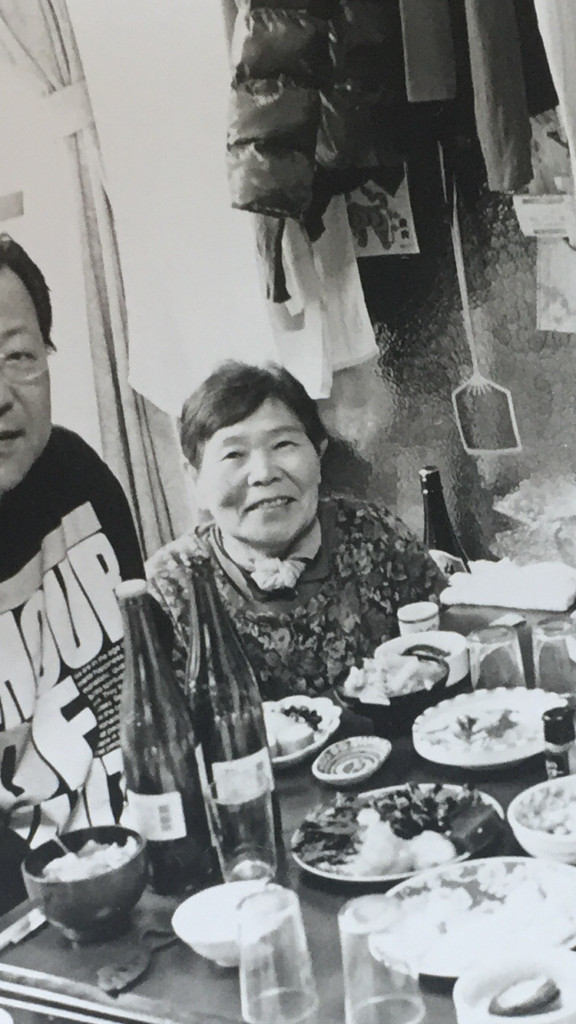